Renewable energy for the future: minimising the impacts of wind power on wildlife

Wind energy plays a crucial role in reducing carbon emissions to fight climate change. However, badly sited wind farms can have a negative impact on wildlife. Tris Allison from Birdlife International and Aleksandra Bujaroska from the Energy Community Treaty explain the work currently being done to reduce these impacts.

Wind power is one of the fastest-growing renewable energy sources. It has become an excellent alternative to fossil fuels because of its inexhaustibility and affordability. As a result, thousands of wind farms, sites designated for the development of wind power, are being developed across Europe.

Despite their crucial contribution to reducing carbon emissions, building wind farms can also lead to environmental conflicts, such as habitat loss or fragmentation. “Understanding which species are more likely to be susceptible to these impacts is useful to determine the safest places to produce wind energy,” says Tris Allison, expert on wind farms and their effects on birds at Birdlife International. 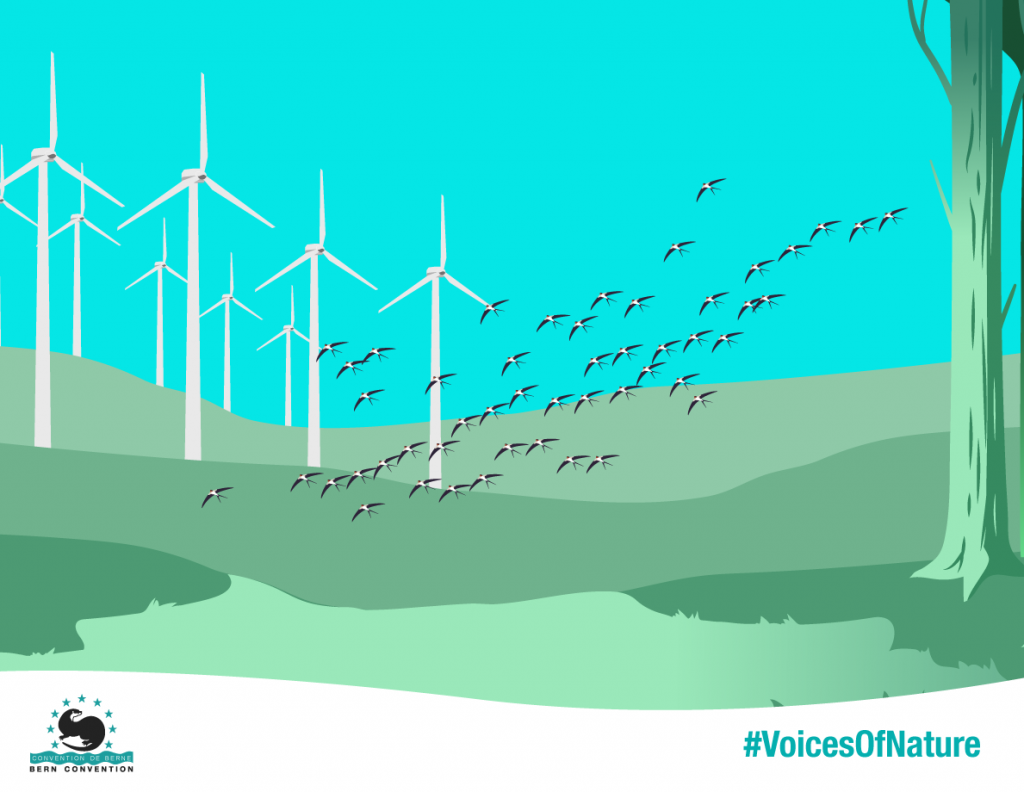 Bats and some birds have a very distinct morphology and behaviour that make them particularly vulnerable to collisions. Large birds like vultures have restricted visual fields with big eyebrows that shield their eyes from the sun. As a result, vultures don’t actually see where they are flying because they are looking down searching for prey. This becomes a problem when wind farms are located along their trajectories.

Some birds, on the other hand, are aware of and know to avoid the turbine blades of wind farms. Although this kind of displacement might be beneficial in some cases, changing their usual habitat or migration route can be detrimental for some species.

Birds and bats are not the only species at risk. Many new wind farms are built on the seabed, also known as offshore, given the more constant speed of wind and, thus, better energy production than onshore. Nevertheless, if they are not located adequately, offshore wind farms can also have a negative impact on marine wildlife, seabirds, and zones of ecological interest.

Organisations like Birdlife International take the previously described factors into account and look for the most suitable places to construct wind farms. “We produce bird availability maps and overlay them with wind resource maps to identify sites with good wind resources, but also low sensitivity for wildlife,” says Allison. 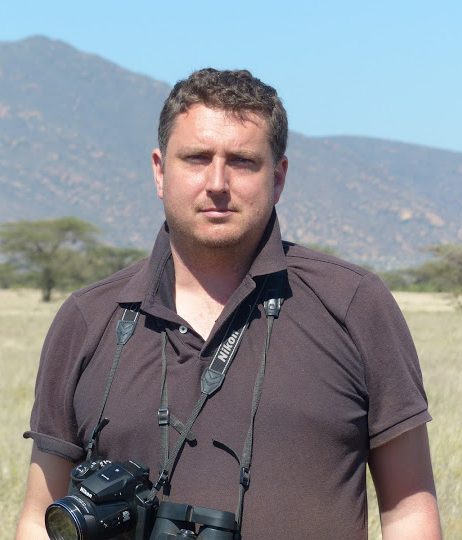 “It’s important to first locate wind farms in the most optimal sites for wind and nature, and only then apply mitigation techniques.”

Although thorough planning to avoid environmental damage should always come first, there are mitigation measures that can be taken to minimise the effects of wind farms on biodiversity.  “The most optimal mitigation techniques are those that allow wind farms to sense approaching birds,” Tris Allison says.

These techniques include radar systems like IdentiFlight, which can detect a bird as far as a kilometre away and identify it as a protected species in real time. In addition, IdentiFlight selectively shuts down wind turbines to minimise collisions, and barely loses any power during this process.

Consulting the public for better decision-making

Ensuring that wind farms are placed correctly can also be achieved through legislation. Aleksandra Bujaroska, from the Energy Community Treaty, is working on the creation of a legal and market framework between the European Union and the contracting countries outside the EU, such as Albania, Montenegro and Georgia, in order to ensure stable and continuous energy supply in Europe.

“At our treaty we have two important assessment tools: the impact and strategic environmental directive assessments. These tools prepare and help the contracting parties of wind farms to achieve the Sustainable Development Goals of the United Nations and at the same time, to protect biodiversity,” says Bujaroska.

“When citizens are fully aware of the impacts that wind farms can have on the environment, this can lead to them taking ownership that justifies the development of the project.”

According to Bujaroska, the most important part of developing projects on wind energy is, without a doubt, to consult citizens. In fact, in 2014 the EU launched a project called WISE Power to support the construction of wind turbines while enhancing local community participation in the planning and implementation of wind energy projects.

Encouraging local people to speak up and get involved is key for guaranteeing the production of fair and environmentally conscious wind energy, Bujaroska highlights. ”You always need to engage the public. When citizens are fully aware of the impacts that wind farms can have on the environment, this can lead to them taking ownership that justifies the development of the project.”